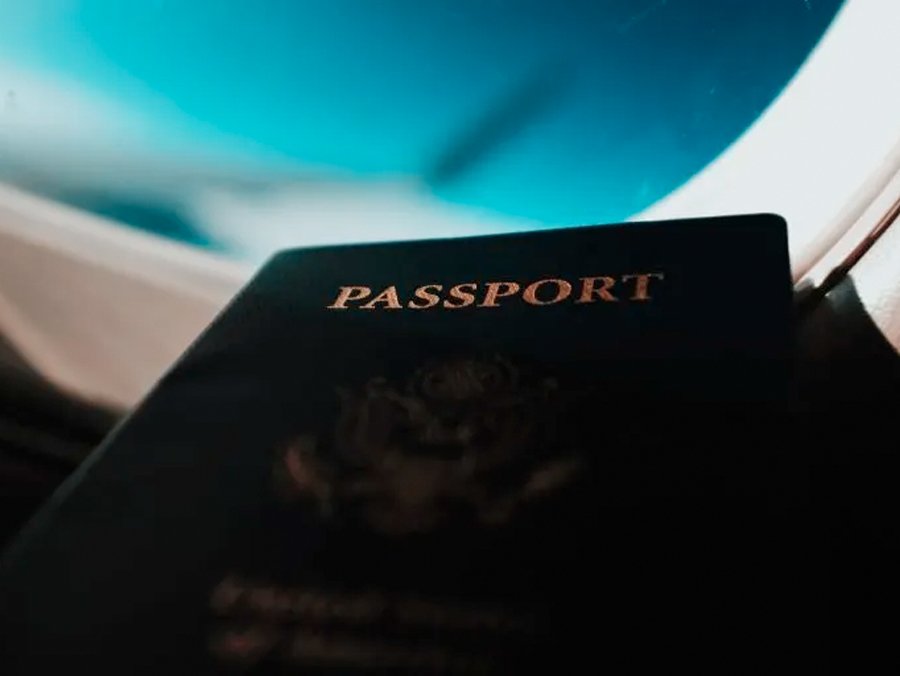 Planning a trip is a lot.

It used to be much easier. But even then, planning your vacation– from where to go, what do do, where to stay, and how you are going to get there–is always a time-consuming task filled with elements of joy, frustrations at times, and uncertainty. But once you’ve got it all together–elation!! Remembering that you have a break in your routine on the horizon is one of the best feelings ever. As we all know, COVID threw a wrench into everything, making the already time-consuming process of travel planning more complex and increasing travel-related stress to the max.

Thankfully, things have relaxed a bit when it comes to travel and COVID, and let’s really hope it stays that way. Back in April, as my husband Paul and I were getting ready for our trip to Paris, we still had to contend with the hurdles of COVID and travel. But knowing I was heading to Paris with Paul for a week, I was motivated to make it work.

A healthy dose of travel drama.

Travel drama can make you really, really appreciate the experience that is coming your way, but usually not until you have arrived at your destination! The spectrum of travel-drama is as wide as the horizon…and varies greatly from person to person. Every day travel-drama usually consists of you trying to get your documents in order, obtain COVID test results, secure rides to and from activities for your children, find a pet-sitter after yours cancels last minute and generally arrange for life to run smoothly while you are away. As soon as that plane lifts off the ground, the train leaves the station or your wheels have started rolling…you’ll be at your destination and will have forgotten about it all.  As these summer days of travel are cruising along, I feel so inclined to share my cautionary tale of my recent trip to Paris. 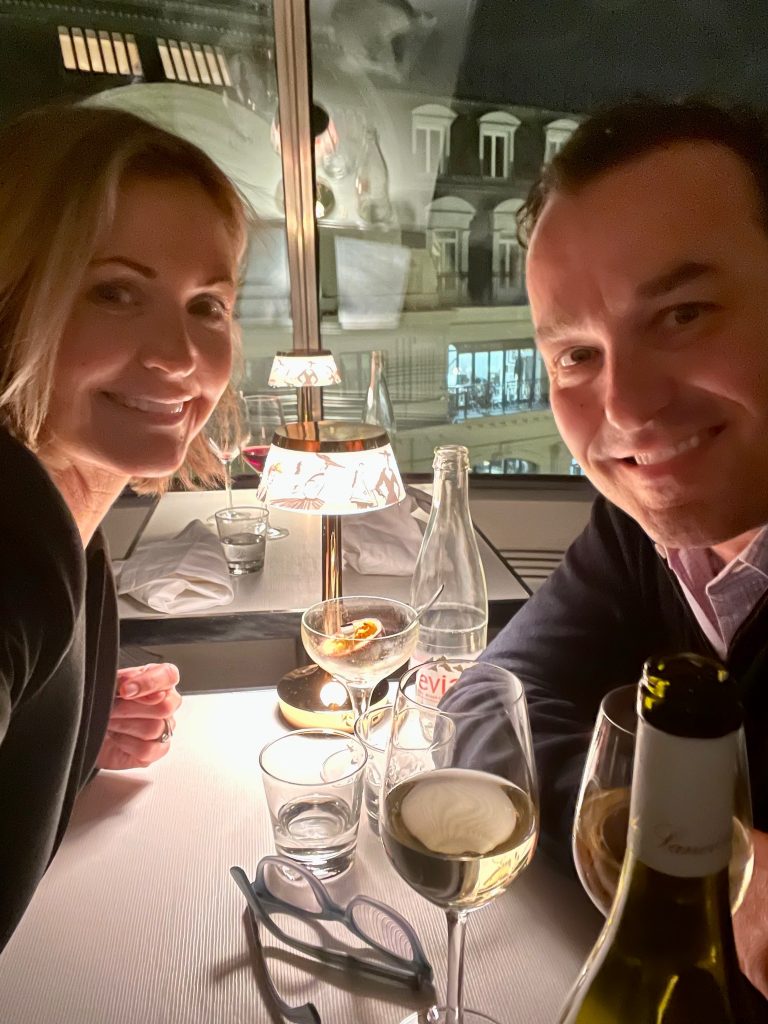 Our trip to Paris departed on a Sunday evening. We weren’t worried about submitting our documents because we had heard that the COVID restrictions had been lifted for travel to Paris, and we wouldn’t need to test to leave, but only to come back to the US. So, on Thursday, we submitted our travel documentation to leave the country through the United Airlines travel portal. We were so excited as we became closer than ever to our Paris excursion! But wait, not so fast! Curveball number one was that we didn’t have a “recent enough” COVID booster shot. So we were required to get a very expensive rapid PCR test within a day of travel. OK, we could handle that one, been there done that a thousand times. We were able to make a reservation at a nearby clinic on Saturday morning. We got this!

Curveball number two was coming a little faster, with more spin than we had bargained for. My passport, not due to expire until 89 days after the day we planned to return to the US, was denied. Yes, denied. Paul and I were in shock. Huh?  There is an expiration to the expiration date of a passport?? Who knew that a country can put its own expiration date on your passport? And for some countries, that window can be up to six months in advance! For Paris, your passport needs to be current for at least three months after you return to the US, meaning my 89 days led me to miss that cut off by just one day.  And, from my informal survey, I’ve concluded that 30-40% of travelers are aware of this. That’s a lot of people who just aren’t aware. If your passport has always been valid when you are traveling, how on Earth would you know this?

Upon receiving the news that my passport was rejected and we would not be able to leave for the Paris trip we had been dreaming of and planning for months, we immediately went into crisis mode. I continued to pack and do laundry as Paul was making calls in his office, first to “rush” passport services, and of course the National Passport Information Center, basically anyone who could help us at 8:30PM on a Thursday night. I was shocked to learn that the National Passport office was open from 8AM to 10PM EST. We are on CST. Phew!

The news wasn’t good. As our flight was leaving Sunday night, the “rush” office was unable to help us within our time frame. And, our only other option, an appointment at the National Agency office in Chicago, was not available for weeks. The only appointments available were in San Antonio and Honolulu a day or two after our flight departed. Apparently, our situation was not an emergency, and didn’t qualify for an “emergency appointment.” What? My immediate need for champagne, walks down narrow, moody streets, contemplating over the works of our most revered artists and architects and enjoying delicacies on café tables obviously didn’t qualify. Nor did “momma needs a break.” We live 45 minutes north of Chicago–I just couldn’t accept the news that there was no place in the greater Chicago area that couldn’t help me renew my passport. What is this, 1985?

Reality began to settle in and Paul said we should begin to consider postponing the trip. I was tempted, as I was feeling the pinch (and guilt) of leaving my family for a week, and stressing over the monumental load of work a mother has to do before leaving on a trip. But as we looked at the calendar I could see that every week would have posed a different challenge. We were approaching end of year festivities as our senior was heading toward prom, lacrosse playoffs and high school graduation. If we wanted to go to Paris, the only time was now.

I woke up Friday morning feeling pretty glum. It was a cold, gray, rainy spring day. I got the kids off to school and gathered up my documents. I remembered we had a very tiny, very random passport office just a few minutes from our home in an old office building. It wasn’t the big Chicago office, but a local office in an old office building with no windows. Maybe they could help? As I drove toward the office, I knew my chances were slim. Post-COVID, this tiny little satellite office was probably just a memory. I parked the car and ran in as the rain was pouring down.

I sprinted up the concrete stairs to the second floor where the office was located. As I turned the corner toward the office, I could feel the silence. The door was locked, the small peek-a-boo window dark. Hanging on the front of the door was a note that read, “Sorry-we are not in the office today. Please call for assistance.” I immediately called the number, and a friendly voice answered on the other end. I was speaking with Nancy, who patiently listened to my very sobby story. She was so kind, and proceeded to pull out a lighter and hold it under, well, you know where! Her recommendation was exactly what I needed to hear: go the hell down to the big Chicago office and JUST TRY.

I arrived at the (big) Chicago Passport Agency on Ida B. Wells street downtown Chicago 45 minutes later. It was just about 11AM by this time, and I knew I had to act fast. I paid a bit extra to park on the first floor of the parking garage, and ran across the street to the building. I may have left out the piece about stopping by our local bakery for some fresh donuts on my way down (I’ll clarify in a minute). I made sure to bring them, shielding them from the steady drizzle. I could see through the glass entryway that there was a security checkpoint. Three security guards waited as I entered, one with a clipboard with what seemed to be a list. I stood in line behind a few people, and as I drew closer I realized I probably was screwed.

When the nice man asked me if I had an appointment…I may have fibbed. OK, I did. He scanned his paperwork and couldn’t find my name. I didn’t put up too much of an argument, as I had none. And not being able to travel to Paris is clearly not an emergency. He told me to call the national phone number, and that I needed to have an email confirmation with an appointment for that day–in Chicago. Not San Antonio, not Honolulu.

He pointed me toward the big metal doors leading to the cold, wet pavement outside. I dialed the number to the National Passport Agency, and after a 20 minute hold was finally connected with a passport representative. I shared my story, how this was a 50th birthday gift from my husband, that we had hotel reservations, that this was the only time we could take this trip, wah, wah, wah. She told me she could get me in for an appointment….on Tuesday in Honolulu.

I decided to try with the donuts, an old pharmaceutical rep method that could sometimes get me past the front desk staff and into an office to see a doctor and give my sales pitch. I walked in and asked the security guard if there was any way to find out if there were any cancellations? Someone had to have canceled on this rainy day, as the COVID cases were spiking around Chicago, right? His reply was firm. I told him I had donuts…and he apologized that he couldn’t accept them. How could anyone not accept fresh donuts from a bakery? The plain brown bag, to me, says it all. These donuts are homemade!!

But, no dice. However, something must have seemed so pitiful about me, that he leaned in and offered me some advice. He told me he had heard that some people had called their congressperson, and were able to get an appointment last minute upstairs. “So you’re telling me there’s a chance?” I could see Lloyd Christmas’s face so clearly. I really needed his foolish optimism at this point.

I ran out of the building and back out to my cold, cement calling room and dialed up my Congressman, Brad Schneider’s office. I was chilled to the bone at this point, and began fantasizing about going home, saying I tried my best, and coming to terms with a trip to Paris some other time. But something was pushing me to keep trying.

I spoke with the most wonderfully understanding human at his office, I won’t use her name, and she deserves so much after her help. This woman wouldn’t even accept fresh macaroons from Paris the day after we arrived home (more for us!). She was able to get me an appointment, and I’ll never regret that day-long adventure in the rain at the passport office. Now I have a passport that will get me where I want to go for years to come. But what I really have is the memory of Paris with my husband. 💝🥂